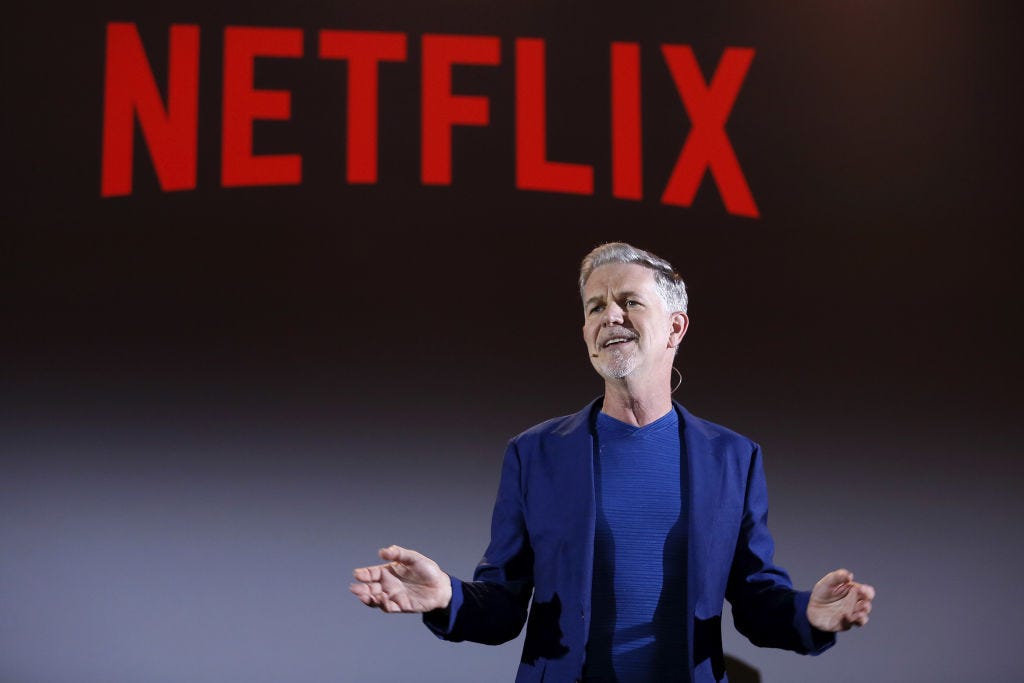 Investing in the world’s largest online-subscription video platform can be an inherently polarizing discussion.

Netflix bulls and bears tend to disagree on whether the stock’s valuation is justified, if the company is too quickly burning through cash, and if it’s adequately prepared for an increasingly competitive streaming environment.

Then there’s subscriber growth, a metric that was praised by many on Wall Street following Netflix’s fourth-quarter earnings report. During the quarter, the company added a record 8.8 million paid memberships. That was on top of the record 7 million new streaming subscribers in Q3, a big rebound from a disappointing showing last July.

Earlier this month, Markets Insider asked Wall Street’s biggest Netflix bull and bear how concerned they were they about the the sustainability of Netflix’s subscriber growth during an economic downturn — especially after Netflix announced its biggest price hike for US subscribers in January.

The analysts’ responses were notably similar. In short: Netflix’s subscriber growth would probably be okay in the case of a recession.

Read more: We asked the biggest Netflix bull and bear on Wall Street the same 5 questions. Here’s what they said about the streaming giant’s cash burn and competition as well as what the other side is getting wrong.

“Netflix is a super cheap entertainment alternative. It just is,” Pivotal Research founder Jeffrey Wlodarczak, who has a $500 price target — the highest on Wall Street, told Business Insider.

“A cable bill, DirecTV, could be $100, so if anything, I think you see an increased migration to something like Netflix because it’s such an inexpensive alternative. In an economic downturn, I think there probably is an element of increased password-sharing.”

Hed added: “I think in a time of economic weakness, I would think, if you’re the cheapest entertainment alternative, you’re going to be fine. If anything, it will accelerate the decline of paid-TV.”

And Morningstar analyst Neil Macker, who has a $135 price target — the lowest on Wall Street — also thinks Netflix’s subscriber growth would hold up during an economic slowdown.

“Netflix, like the cable subscriptions that we’ve seen in the past, is one of those things that, it’s a relatively cheap thing to hold onto,” Macker told Markets Insider in an interview.

“I’m not necessarily worried about that in a downturn. You still need entertainment in a downturn, and Netflix, or the paid-TV subscriptions or Hulu or Amazon, is a relatively cheap version of that versus going out to dinner or going to the movie theater these days.”

He added: “I wouldn’t be concerned about that in terms of, people still need entertainment, and I think Netflix or your cable sub, given the amount of hours of entertainment on both of those, are one of the last things to get cut.” 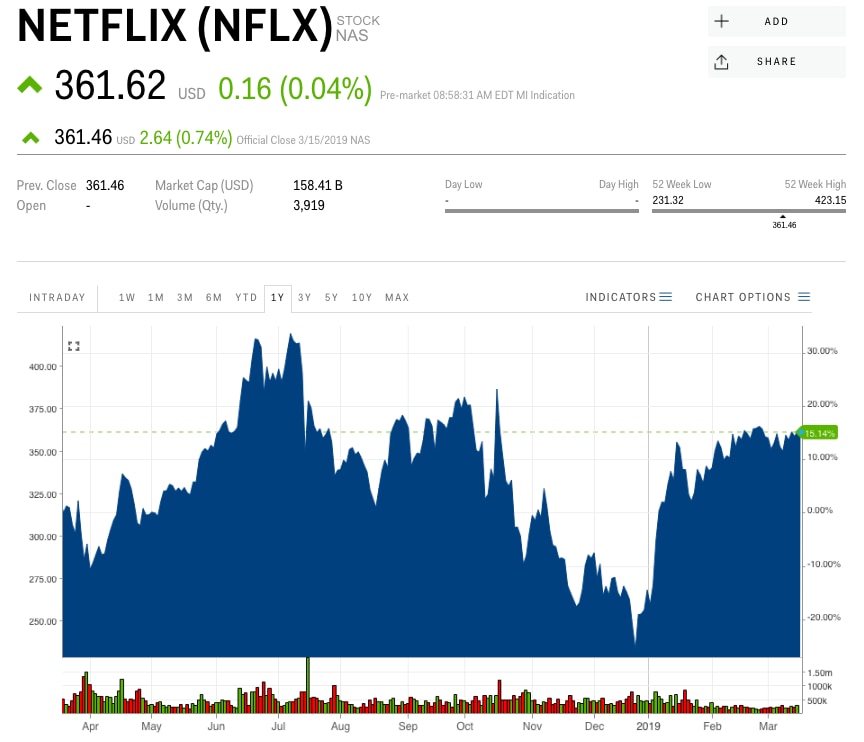 March 16, 2019
Paris Jackson, daughter of the late Michael Jackson, was quick to denounce a report published Saturday morning of the celebrity’s alleged suicide attempt.“f— you you f—ing liars,” Paris tweeted at TMZ, which reported the 20-year-old “slit her wrists” as a “direct response” to the “fallout” from Leaving Neverland, the unsettling two-part HBO documentary detailing claims of child sexual abuse against the late singer. Citing “family sources” and “law enforcement sources,” TMZ further alleged Paris was taken to the hospital and placed under a 5150 hold but was later released.EW learned that Paris did have an incident Saturday morning that required medical attention, but she is currently at home resting and doing fine. A source further stated that any reports of a suicide attempt or a 5150 hold at a hospital are “simply untrue.”A rep for the Los Angeles Police Department informed EW that authorities responded with an ambulance to the 7200 block at 7:28 a.m. PT and that a victim was transpo…
Read more